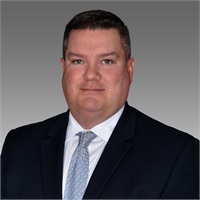 Keith joined Elite Financial Management in May of 2021 after spending the last three years as a Partner and Co-Founder of Intentional Wealth. Prior to this, he spent several years representing one of the largest asset management firms in the world. In this role, Keith worked with hundreds of financial advisors all over the country, helping them navigate the thousands of products available for use with their clients. This included, but was not limited to, education, client seminars, as well as ideas regarding construction of client portfolios.

Keith started his financial services career in 2004 with Merrill Lynch. Prior to that, he served as an Infantry Officer in the United States Army from 1997 – 2003, where he obtained the rank of Captain with the 82nd Airborne Division. He deployed multiple times including missions in Bosnia-Herzegovina as well as in support of the Global War on Terrorism following the terrorist attacks on September 11th, 2001.

Keith grew up in Norton, VA, a town of 4,000 people in the heart of Southwest Virginia Coal Country. After college in Central Virginia and then the Army, Keith moved to Boston, MA where he met his wife, Meredith. The O’Keefe’s have been in Texas since January of 2012 and currently lives in Frisco with their two children, Kiley & Braden. In his “spare time”, Keith spends his time on the baseball and football fields with Braden or watching Kiley’s competitive dance. He also enjoys any activity that allows him to spend time outdoors.

Keith received his B.A. in History & Political Science from Bridgewater College of Virginia in 1997, where he was a member of the Bridgewater Football Team. He received his MBA from Northeastern University in Boston in 2011. Keith holds his Series 7 & 66 licenses and is also licensed in Texas Life, Accident, Health and HMO.

Raymond James is not affiliated with any of the outside organizations listed above.