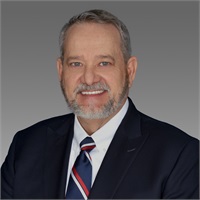 Kibb King is the Branch Supervisor for Elite Financial Management.

He began his career in 1987, where he worked for Sherwood Capital. He would then join Merrill lynch in 1989 as a Financial Consultant and became the equity and options coordinator for his office. In 1996, he joined Prospera Financial where he became an Independent Financial Advisor. Kibb joined Elite Financial Management in 2015. He is a Registered Principal, holds Series 24, 7, 66, and General Lines Insurance licenses. Kibb draws on his experience and knowledge of the investment world to help drive our commitment to a strong relationship with our clients.

Kibb is a Texas native and history buff, having been born in Sweetwater and growing up in Dallas. He is a member of the Sons of The Republic of Texas and a descendant of an Alamo Defender. Kibb and his beautiful wife, Jan, live in Allen, TX where he has been a resident for the last 30 years. He and Jan have seven children and six grandchildren. Kibb is an avid outdoorsman and enjoys being involved with his church.

*Raymond James Financial Services is not affiliated with any of the organizations mentioned above.